Why Are Passive Radon Mitigation Systems Sometimes Ineffective At Keeping Radon Gas Out Of Your Home?

Homeowners have become more aware of the health risks associated with high levels of radon gas in the home, such as an increased risk of lung cancer. Because of this, home builders are commonly adding passive radon mitigation systems to the homes that they build.

Airflow is generated by the thermal stack effect, in which the rising warm air in the pipe creates an air current without the need for a fan or any other method of forcing air through the pipe. Sometimes passive systems are connected to the exhaust flue of a gas furnace or gas water heater to improve the effectiveness of the thermal stack effect.

Unfortunately, relying on the thermal stack effect alone isn't always sufficient to prevent radon gas from entering your home. Homes with passive radon mitigation systems can still have unsafe levels of radon gas in the air. To learn more about why passive systems encounter problems and what you should do if your home was built with a passive radon mitigation system, read on.

What Are the Problems With Passive Radon Mitigation Systems?

Passive systems rely solely on the thermal stack effect to move radon gas out of your home, and the stack effect isn't very strong when the temperature difference between the inside of your home and the outside is small. If radon gas underground isn't being constantly pushed towards the vent in your foundation due to the stack effect, then it will waft around and seep into your home through openings in your foundation or your basement walls. This can lead to the air in your home harboring unsafe levels of radon gas.

How Does an Active Radon Mitigation System Solve These Problems?

An active radon mitigation system adds a fan near the outlet vent in your attic. The fan runs continuously, suctioning air out of the pipe that connects to the soil underneath of your foundation. This eliminates the need to rely solely on the stack effect to move air through the pipe, which makes an active radon mitigation system effective regardless of outside temperatures. The fans used for active mitigation don't need to be very powerful in order to suction air out of the pipe, so they don't require much electricity to run.

What Should You Do if Your Home Has a Passive Radon Mitigation System?

If your test kit reports that you have unsafe levels of radon in your home, contact a radon mitigation contractor in your area and have your passive system upgraded to an active one. Upgrading to an active mitigation system is quick and inexpensive, since all of the necessary vents and pipes are already in place. The only thing that needs to be done is to add a fan to the system and check that it's creating enough suction to continually move radon gas out of the soil underneath your foundation. Radon gas can be very harmful to your health, so upgrading to an active system is almost always worth the added expense. 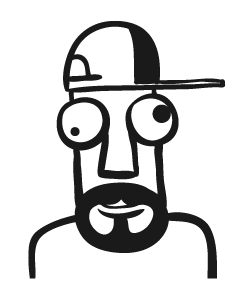